Popular Japanese Autumn Foods You Have to Try

Japan’s culinary world is greatly defined by season, from cherry blossom flavoured sweets in spring, to cold summer noodles like somen and warm hearty winter foods like nabe. But when it comes to diversity, comfort and tastiness, the arrival of autumn couldn’t be more exciting. From fresh harvest rice to sweet fruits and excellent fish, here are some of Japan’s most iconic winter foods.

While they’re known as persimmon in English, Japanese kaki are a little different to what we think of as persimmons in the west. They’re an incredibly popular seasonal fruit used in a variety of ways but often best enjoyed fresh, as they’re sweet, crunch soft and incredibly easy to eat. Also, if you needed another reason to enjoy them, they’re full of dietary fibre, rich in vitamin A, vitamin C and vitamin B-complex vitamins, you could say they’re a real autumn super-fruit.

Known in english as Pacific saury, sanma are the unofficial national fish of Japan in autumn, during which they’re abundant and at their peak. Most often enjoyed grilled over an open flame and served with a little Japanese radish (daikon), lemon and salt on the side, the sanma flesh is light, soft and almost sweet making it an excellent addition to many dishes and a popular choice for Japanese breakfasts. The light, but smoky flavour makes them popular even with non-seafood lovers, don’t be afraid to give it a try! 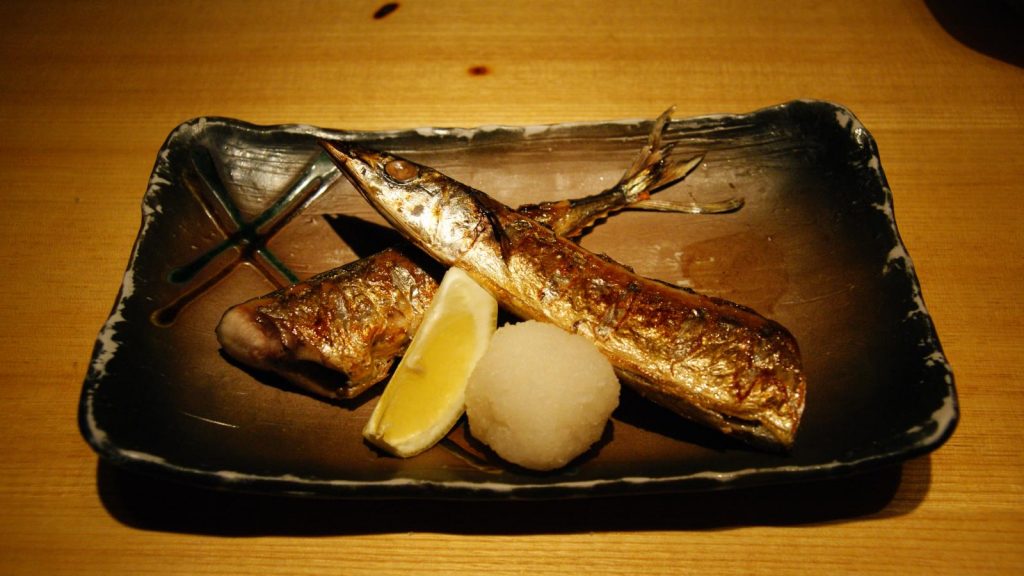 Not for everyone, ginkgo nuts do have a few less appealing aspects, but when cooked just right, and seasoned expertly, there’s no autumn drinking snack better! These tiny pale nuts come from towering ginkgo trees which you’ll see scattered across the country, when harvested a little too ripe they small terrible, almost like vomit, but by the time they reach your plate you have nothing to worry about. They’re harvested just as the trees leaves turn golden. They can be a little bitter, but when cooked properly with the right level of salt they’re delicious, a combination of umami and sweetness most often served as a small side in a multi course dish or as a snack do enjoy with a beer or two.

Practically inescapable during the cooler months, yaki imo or Japanese sweet potato is a comforting snack that’s almost as sweet as a cake, but far less sugary. This treat is typically purple on the outside, bright yellow on the inside and is sold at food vendor trucks, outside supermarkets, and at some convenience stores. The perfect satisfying snack for a late afternoon craving and has come to be loved as the sweet taste of autumn. It’s such a popular snack that today there are plenty of yaki imo flavoured sweets, such as cakes, drinks, and ice creams. 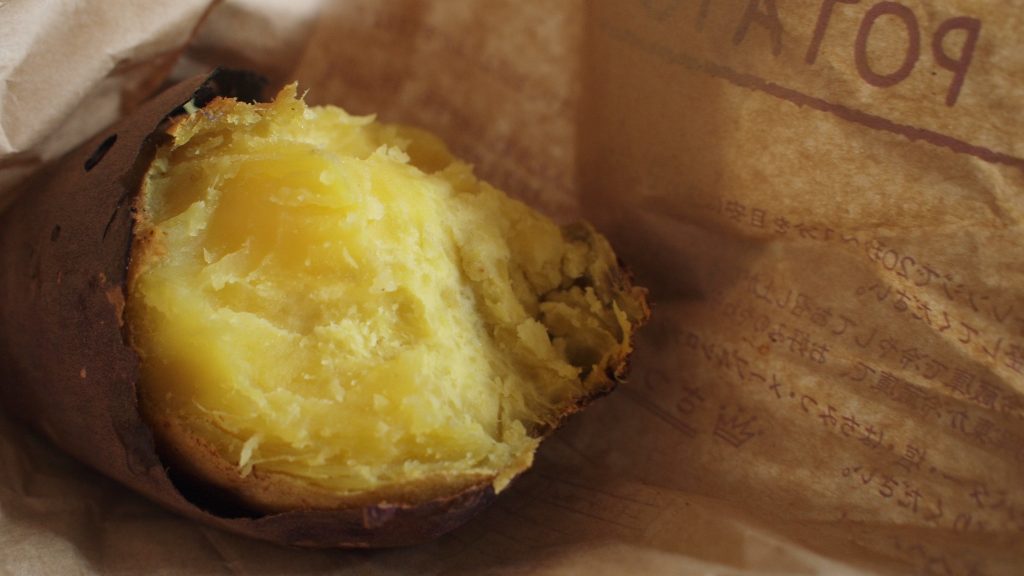 Kuri, or chestnuts for English speaking folks are an incredibly popular seasonal dessert flavour and are used liberally in both savoury and sweet dishes in Japan. While you can buy roasted chestnuts at some food vendors throughout the country, it’s most heavily embraced by desert and sweet makers who typically can the nut by its French name ‘maron.’ While it may have its origins in Europe, it seems that when it comes to autumn desserts, Japan has adopted the chestnut based mont blanc cake and made it their own, you’ll see ‘monbran’ (the Japanese name for the cake) in countless sweets stores and cafes throughout the country. 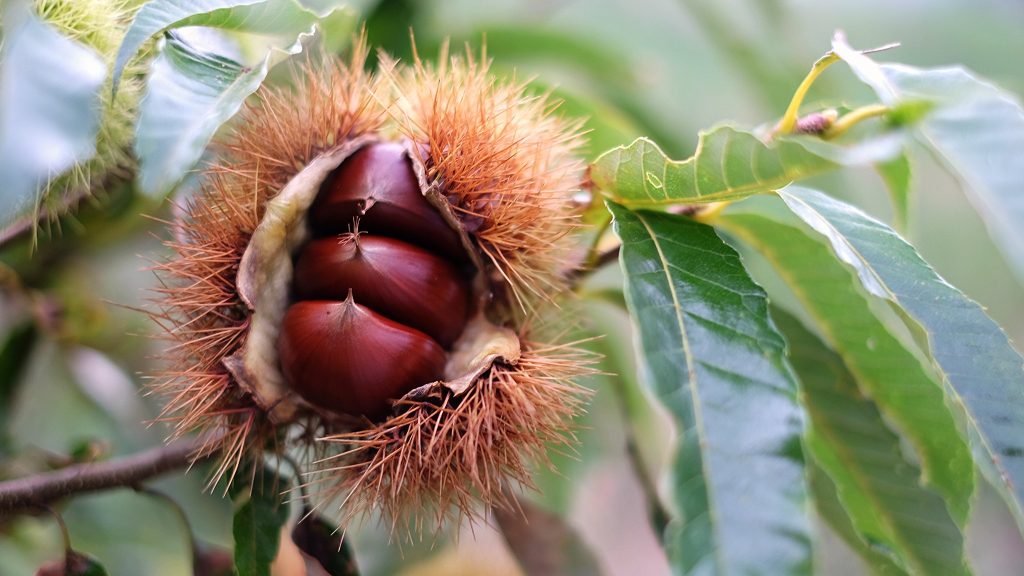 ‘Shinmai’ is essentially the term used in Japan for ‘new rice’ which is harvested during the peak rice harvesting seasons in fall. Typically considered to be softer, moister and more delicious than older rice, shinmai rice only exists between September to December, because after this it’s considered to be past its new status prime. 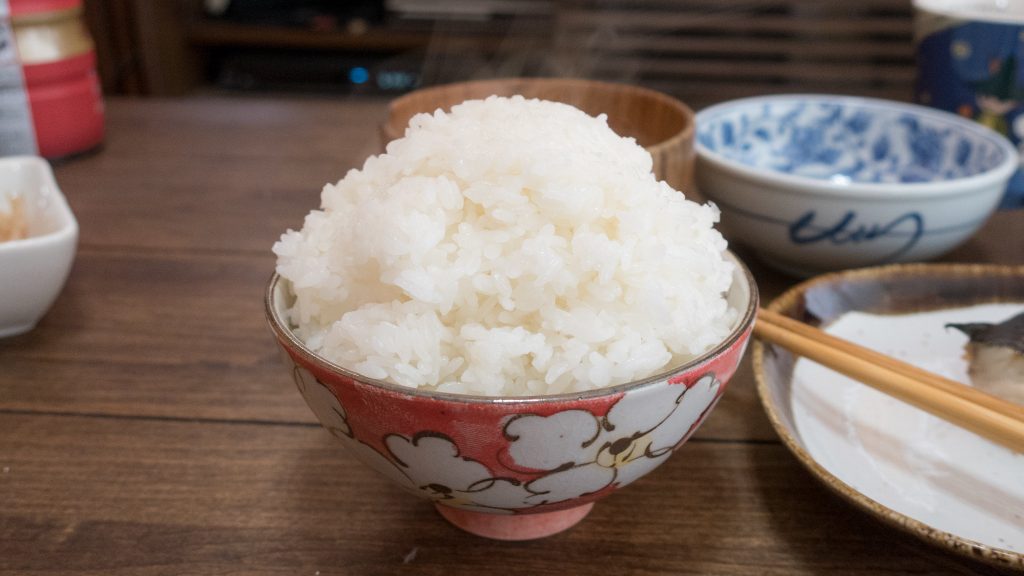 An excellent autumnal addition to a bowl of hot, soft shinmai rice, matsutake mushrooms, also known as ‘pine mushrooms’ are thick, almost woody style mushrooms that are known for producing an almost tree or pine like smell when cooked. Their texture is strong, almost meaty making for a hearty pre-winter addition to any cosy meal. You can enjoy matsutake mushrooms a multitude of ways, but one key style is grilled over an open fire and seasoned with a light sauce or salt.

Indulge in Japan’s most iconic winter foods and retreat into the comfort of your own private chalet.