Wellness in Japan – 5 Things That Will Transform Your Life

Japan is home to some of the longest living citizens in the world. Ever wondered why? Wellness doesn’t seem to be a buzzword here like it is in many parts of the world. Ironically it is also a nation where drinking hard and working even harder are practically national sports. Where you will find a sugar-filled vending machine on every corner of the street. So, how did wellness in Japan become so popular? It goes deeper than buzzwords and fads. Wellness in Japan is a way of living, not just a spa break. If you look deeper, you’ll find the secret. A long followed tradition of spirituality, balance, purpose, and the appreciation of nature’s gifts.

Here are 5 wellness tips from Japan:

If soaking in hot spring baths were an Olympic sport, then Japan would be the world champions, no question. The country’s volcanic geography lends itself to being home to countless mineral-rich natural baths that provide countless healing properties. In Japan, bathing in a natural hot spring (known as an onsen in Japanese) has long been considered a natural wellness therapy for a wide range of ailments. These range from skin problems and stress to tired muscles and aching bones.

There are various types of baths, each recognised for their different mineral compositions. Try the milky sulfur onsen, believed to help treat skin disorders and arthritis. Or the anaemic-friendly iron onsen or the highly carbonated hydrogen baths. Even if you’re not suffering from any ailment, there’s really nothing more relaxing than taking a nice long mineral-rich bath. 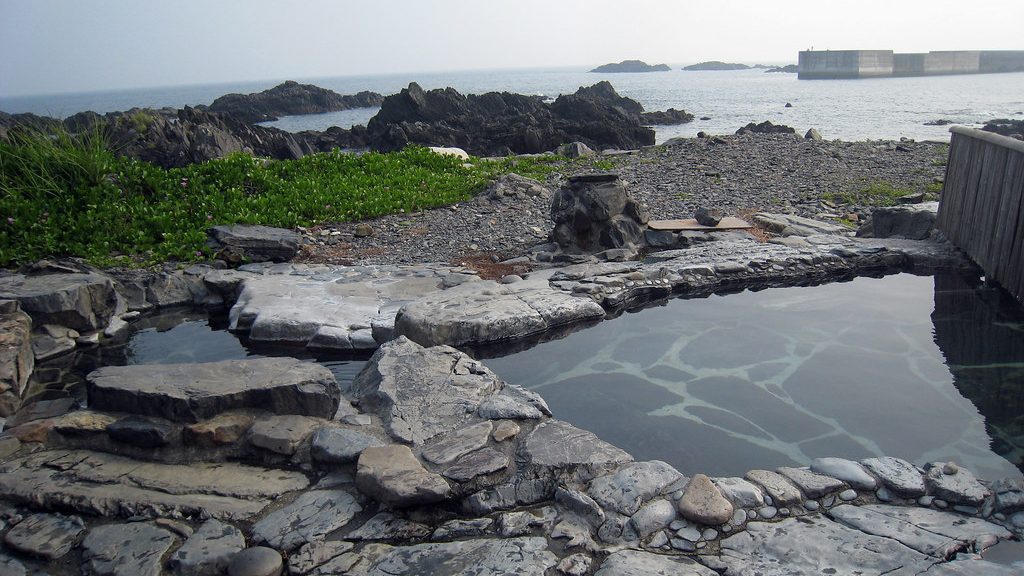 “Yudomari seaside onsen” by JoshBerglund19 is licensed under CC BY 2.0

The term shinrin-yoku (森林浴) can be translated to ‘forest bathing’. The practice aims to connect with nature and ‘bath’ oneself in nature to reap its therapeutic benefits. It’s essentially just getting out of the city, visiting a lush, densely forested area, and soaking up the natural tranquillity that surrounds you.

Although the practice has been enjoyed since the beginning of time, the Japanese Ministry of Agriculture, Forestry and Fisheries’ officially’ coined the term in 1982. Studies have shown that spending time in lush natural environments like forests, can reduce cortisol (the stress hormone), lower blood pressure, stimulate parasympathetic nerve activity, and make you feel physically and mentally better.

Originating from zen Buddhism, Zazan is practised in temples across Japan by both monks and everyday folk. This unique form of deeply spiritual meditation is designed to calm the body and centre the mind. The aim of zazen is simple: keep the body still, thus keeping the mind still and in a state of suspended thinking. If words or ideas come to mind, they’re not for you to dwell upon. Rather, they should be allowed to pass without judgement. The practice is deeply connected to the Buddhist ideologies of connecting with the nature of existence and completely disconnecting with the material world in order to reach a level of enlightenment.

According to scientific reports, the regular practice of zazen meditation promises a bevy of health benefits, including mental clarity and peace and physical wellbeing, including improving posture, lowering stress, and improving cardiac health.

We all seem to know that eating well, and staying active are key ingredients to a long, happy, and healthy life. But acknowledging mental wellbeing is being recognised as just as important. Enter ikigai, the long-followed Japanese ideology of finding joy in the purpose of your life, no matter what that may be; work, family, hobbies, and interests.

The term comes from the combination of the Japanese words iki (生き), which means life, and gai (甲斐), means worth. There are four main overlapping elements that will help you uncover your ikigai: what you are good at, what the world needs, what you can be paid for, and what you love to do. While you may not always have all four, your ikigai will have a number of them at the very least. In 2017 a Japanese television show called Takeshi no katei no igaku asked a group of scientists to look into a town in Kyoto called Kyotango. This town boasted one of the longest-living populations in the country, and the one thing many of the city’s longest-living residents had in common? A hobby they practised every day that they were really into, one that challenged them and offered the opportunity to socialise and connect with others. 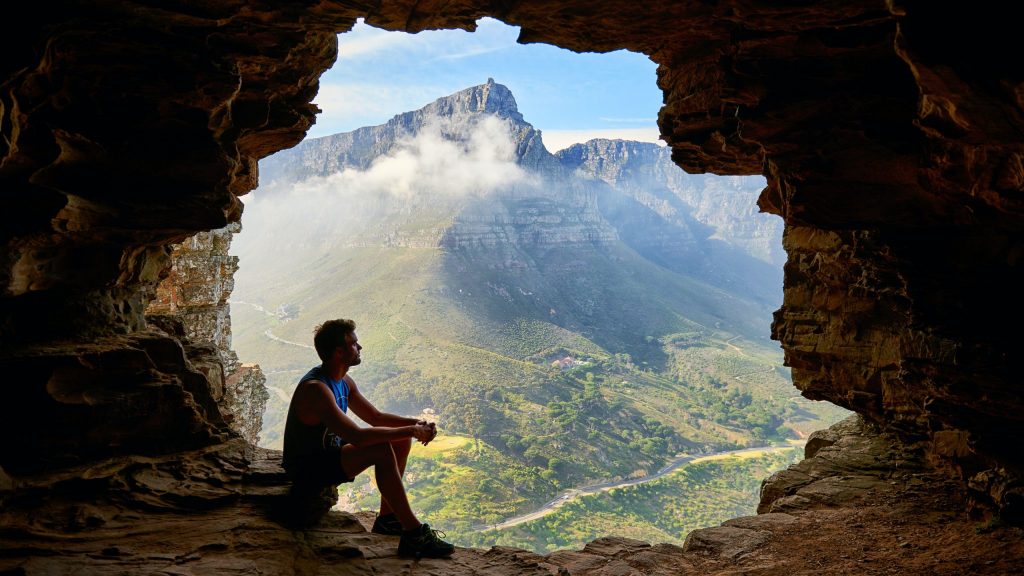 Shojin ryori is a style of cuisine that’s much more than just a way of eating. It is a way of life that refers to vegetarian (and often vegan) dishes served in many of the nation’s Buddhist temples. The cuisine is more than just regular vegetarian fare. Often quite lavish, it incorporates fresh, seasonal, locally grown wild produce collected from around the temple in which it’s prepared. It typically features pickles, miso soup, tofu, and delicious and unique mountain vegetables.

The tradition of shojin ryori was incorporated from the Chinese teaching of Buddhism. According to Buddhist tradition, killing animals for consumption is strictly forbidden. It’s believed to cloud the purity of the spirit and interfere with meditation. As well as being healthy, sustainable, and deeply connected to the nation’s history, fresh vegetarian food is also delicious. Many sociologists believe that the Japanese diet has a lot to do with the nation’s longevity, especially in places like Okinawa, a recognised blue zone where the population lives much longer than average. In Okinawa, a large portion of the diet for many is fresh local vegetables and fish. This could also be attributed to the wellness quotient in Japan. 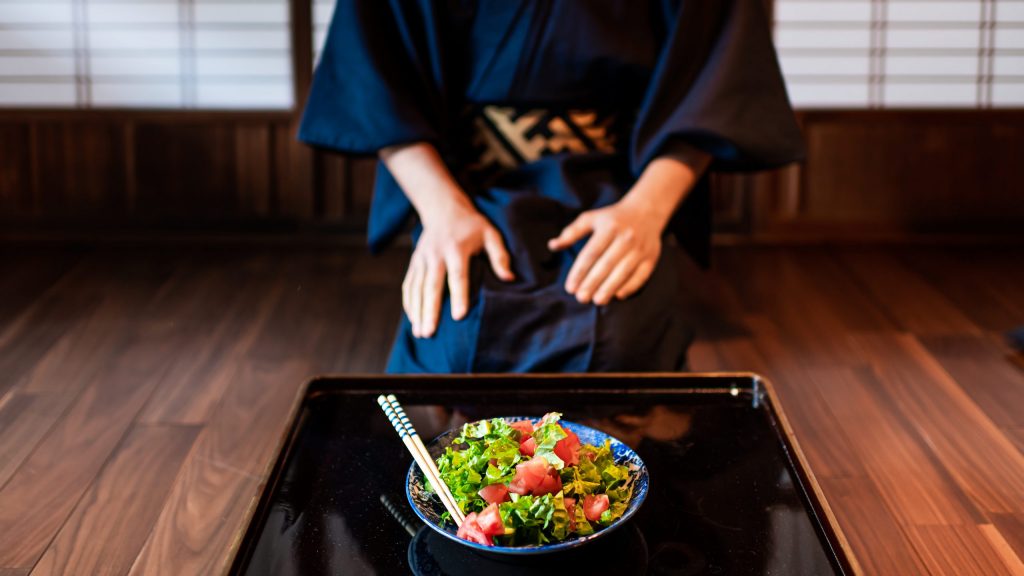 Experience Japan’s traditional wellness practices and make the most of your stay by booking one of our private Niseko chalets.